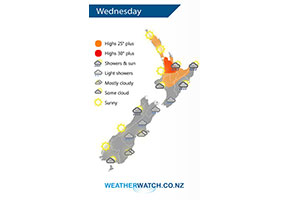 A ridge of high pressure starts to push over the South Island on Wednesday meanwhile expect a southeasterly airflow for the North Island.

A mostly cloudy day for the eastern South Island, the odd light shower about especially morning. Some sun may break through from late afternoon about coastal areas and Southland / Otago. Mainly sunny for the West Coast, a few showers possible Greymouth northwards from afternoon. 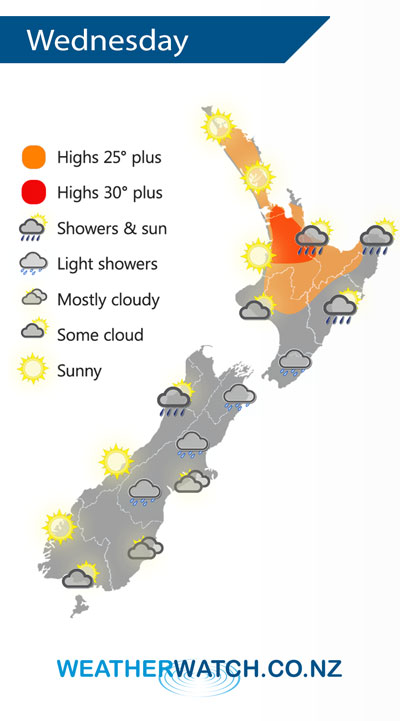