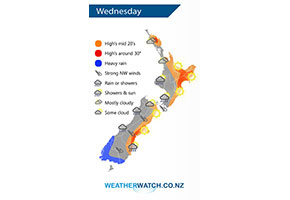 High pressure to the north of New Zealand and a front moving in from the south brings a gusty northwesterly airflow over the country on Wednesday. This front moves onto the lower South Island early afternoon arriving at the lower North Island overnight.

Fairly cloudy for the upper North Island on Wednesday but some sun may break through from afternoon, more so the further east you go. The Bay Of Plenty is mostly sunny after any morning cloud breaks away. Cloudy areas with a shower or two for the lower western North Island (Taranaki through to Kapiti), some overnight rain. Mainly sunny for the east coast, overnight rain for Wairarapa.

Rain for the West Coast of the South Island, becoming heavy from afternoon in the south then spreading northwards, clearing overnight. Mostly sunny for the east coast, a period of rain moves northwards during the afternoon and evening with a gusty southwest change. 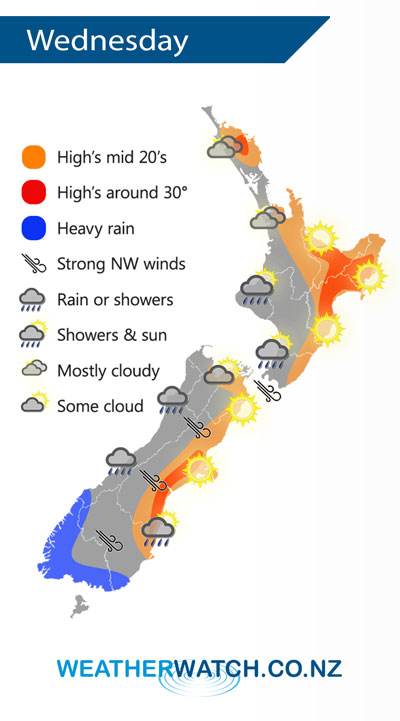