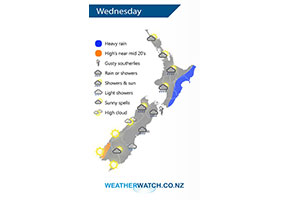 A large low is centred just to the northeast of the North Island on Wednesday. This low pushes in a southeasterly airflow over most of New Zealand, tending southwest Waikato northwards.

Rain for the eastern North Island may be heavy at times on Wednesday, showers elsewhere in the west through to about Auckland. Showers may become heavy in the afternoon with a risk of thunder for the Waikato and Bay Of Plenty. A mix of sun and cloud for Northland and northern Auckland.

Areas of rain or showers for Nelson down through to Canterbury, drizzle about coastal Otago. A few showers move into Buller now and then, mainly afternoon / evening. Mostly sunny elsewhere for the West Coast and about Southland. 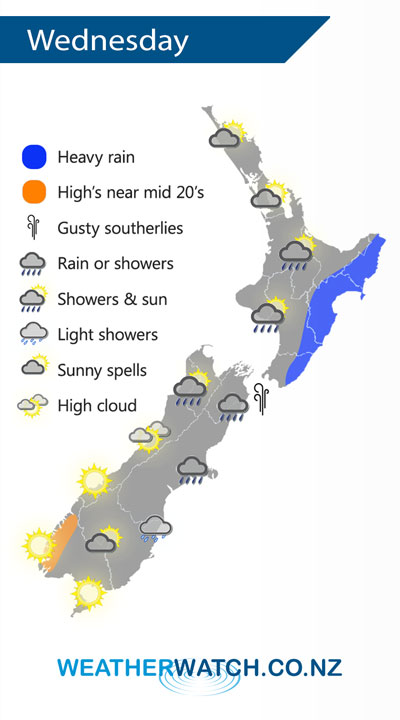