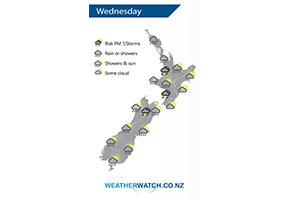 A broad low pressure system lies over New Zealand on Wednesday, dry for many in the morning then showers move in during the afternoon. The West Coast of the South Island minus Buller has a mainly dry day.

Many dry regions in the morning for Wednesday then showers move in during the afternoon, some may become heavy with a risk of thunder. Winds mostly from the northerly quarter over the North Island and easterly quarter for the South Island. For the West Coast of the South Island conditions are mainly dry for most of the day south of Greymouth apart for the risk of an early clearing shower. 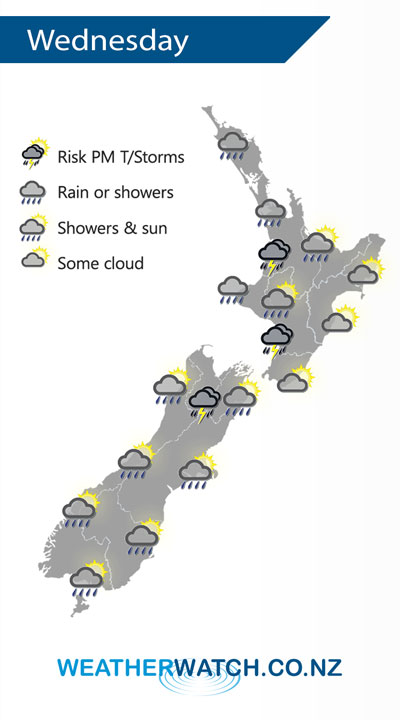