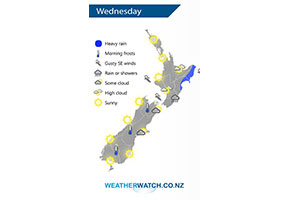 Anticyclonic conditions start to bring increasingly settled weather for a majority of the South Island on Wednesday, southeasterlies for the North Island bring rain in the east.

Southeasterlies bring rain or showers for the eastern North Island on Wednesday, sunnier conditions out west. Late afternoon / evening however there may be an isolated shower or two.

For the South Island expect some cloud Canterbury northwards in the east, mostly sunny elsewhere with morning frosts to start the day inland. 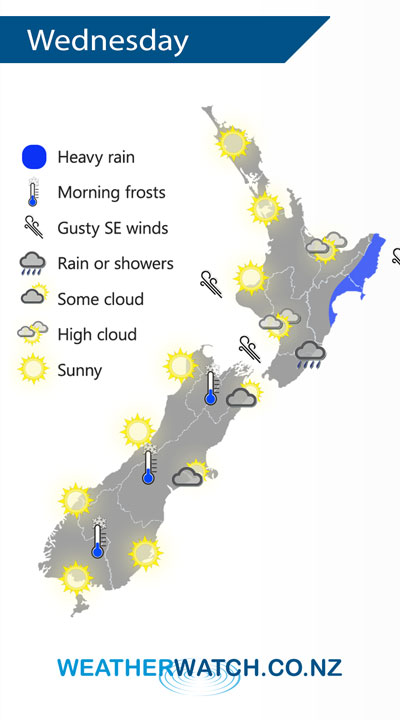