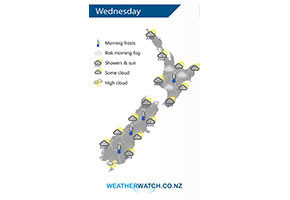 A ridge lies over New Zealand on Wednesday with high pressure centred to the north and south of the country.

Another mainly dry morning for the North Island on Wednesday, perhaps some fog to start the day then an isolated shower or two may crop up in the afternoon (mainly in the west).

Shower activity for the South Island mostly clears in the morning then some sun breaks through, just Fiordland is mainly dry then sees showers later in the day. 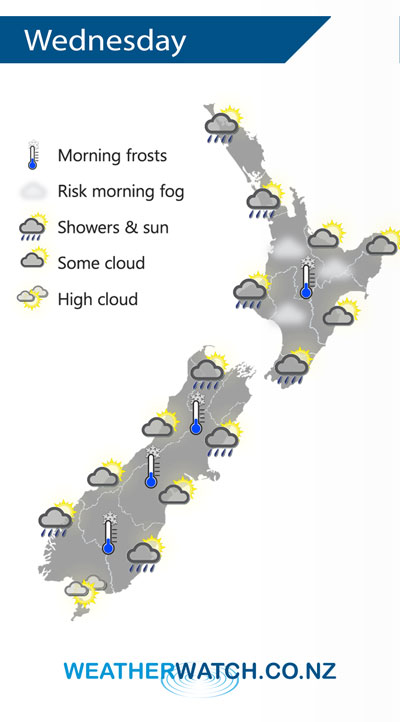