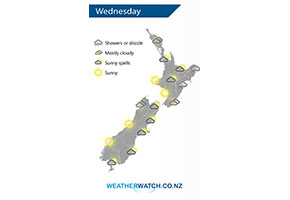 A southeasterly airflow lies over the North Island on Wednesday while a ridge of high pressure covers the South Island.

A southeasterly airflow lies over the North Island on Wednesday bringing cloudy skies in the east with the odd patchy shower, conditions are sunnier out west although there may still be some cloud at times. A shower or two may affect Northland in the afternoon.

Morning cloud with the chance of a shower for the upper South Island then sunny areas increasing from afternoon, winds from the south early on then easing. Some morning cloud about Southland and Otago then becoming mostly sunny in the afternoon. A mostly sunny day for the West Coast although expect some cloud to hang about Buller for much of the day. 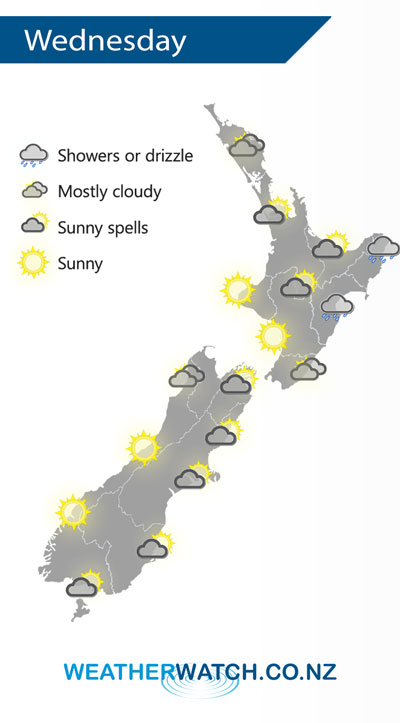