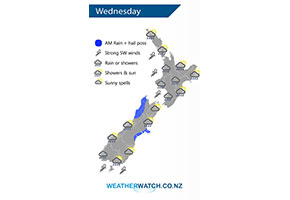 A cold southwesterly airflow lies over New Zealand on Wednesday, easing for eastern regions in the afternoon.

Showers for western New Zealand on Wednesday, Buller could see the odd heavy fall and some small hail in the morning then easing from afternoon. Any heavy morning showers with a risk of hail about coastal Canterbury clear.

Despite a few showers in the east for other eastern areas like the east coast of the North Island the majority of the day will be dry with some sun. 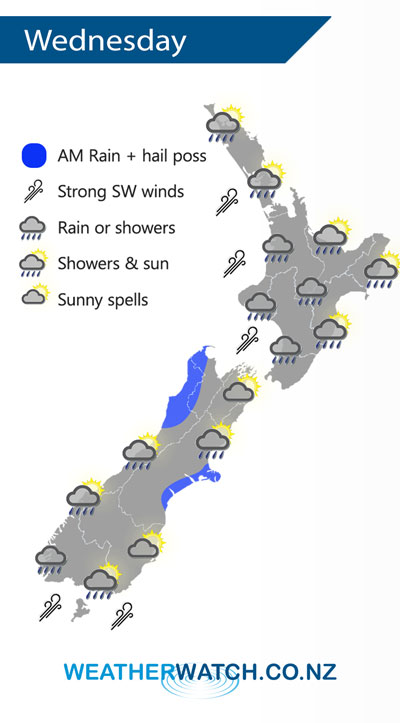