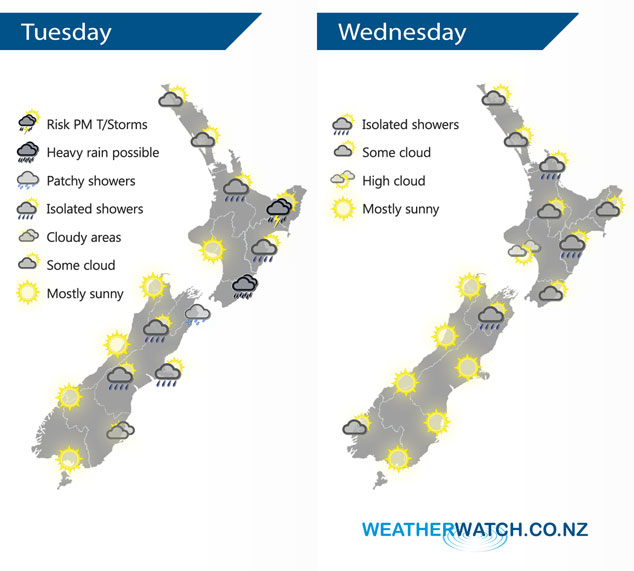 A ridge of high pressure lies over the South Island on Tuesday meanwhile an occluded front to the east curls into a weak area of low pressure over the eastern North Island.

A mix of sun and cloud across most of the North Island on Wednesday, an isolated shower or two possible in the afternoon for the east / north otherwise staying mainly dry for most. The South Island has a largely sunny day, any morning cloud in the east breaks away. Low risk of an isolated shower for Marlborough in the evening about inland hills / ranges.