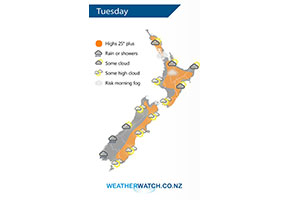 A northwesterly airflow builds over the South Island on Tuesday, a ridge of high pressure lies over the North Island.

Cloudy for South Westland, some rain or showers about Fiordland. North of about Greymouth sees sunnier skies. Sunny areas and some high cloud in the east. 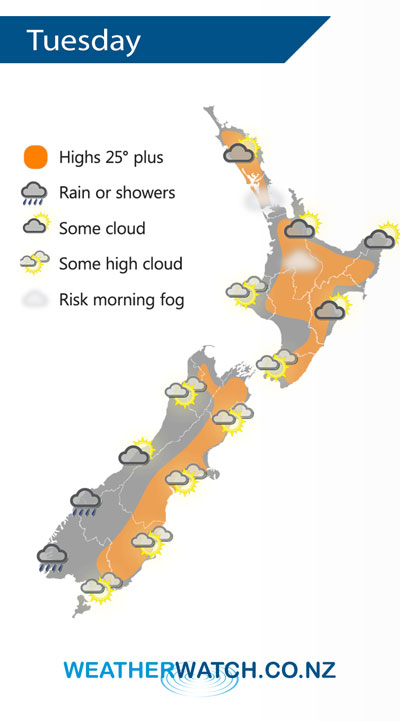