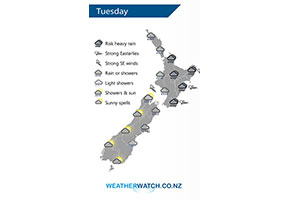 Rain or showers for most North Island regions again on Tuesday, heavy rain about Bay Of Plenty becomes heavy in the east by midday then easing along the east coast later in the evening. Overnight further heavy rain moves into East Cape.

Cloudy for the South Islands east coast with patchy rain or showers, only the odd drizzle patch by the time you get to eastern Otago. Expect a mix of sun and cloud in the west, low risk of an isolated shower about Fiordland late afternoon / evening. 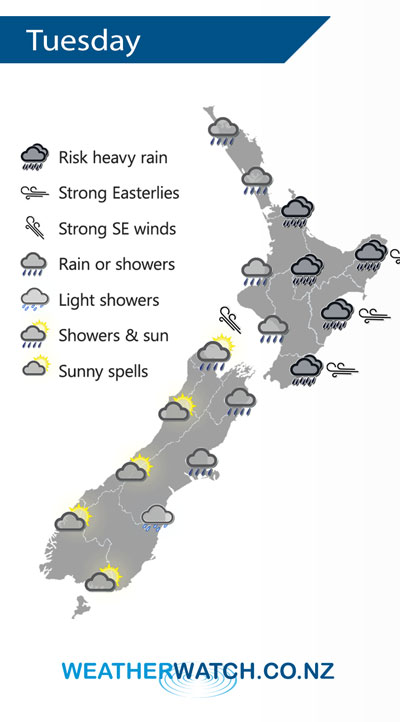