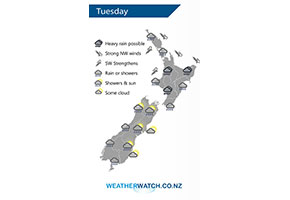 A disturbance forms on a front out in the Tasman Sea which moves over the North Island on Tuesday, southwesterlies further south.

Unsettled for much of the North Island on Tuesday, expect rain or showers with heavy fall possible. Winds gusty from the northwest then switching to the southwest in the afternoon. Just Hawkes Bay and Gisborne may have a dry morning before deteriorating in the afternoon.

Showers for the West Coast and Southland, the odd isolated shower spreads into other eastern South Island areas in the afternoon, especially inland then easing later in the evening. 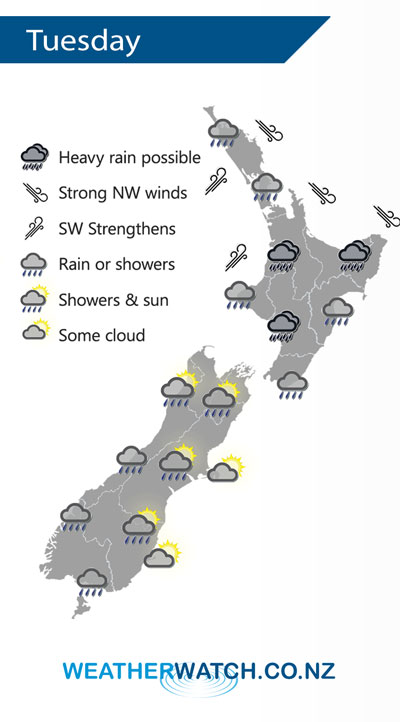