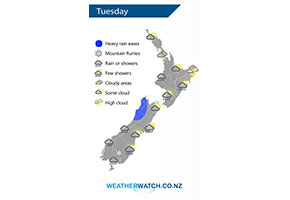 A cold front moves northwards over the North Island on Tuesday weakening as it goes, a cold southwest airflow lies over the South Island.

A band of rain / showers moves northwards over the North Island slowly during Tuesday, not reaching Auckland and Northland till the evening / overnight.

Early heavy rain eases about the northwestern corner of the South Island, expect showers for most other South Island regions although Canterbury and Marlborough are mainly dry. Canterbury could see a shower or two from afternoon Banks Peninsula northwards. A few sleety showers are to be expected about Southland with a few snow flurries to 400 or perhaps even 300m at times in a cold westerly airflow. 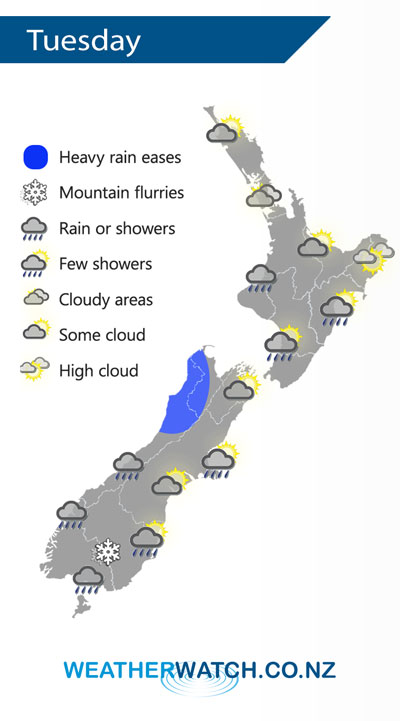