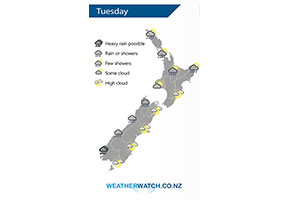 A large anticyclone centred to the east of New Zealand today and on Tuesday drags a northerly quarter airflow over the country.

Cloudy areas for the northeastern North Island on Tuesday, expect a few showers at times with northeasterly winds. Drier to the south with a mix of sun and cloud.

The West Coast of the South Island has rain or showers, possibly heavy about Fiordland. The Nelson region sees a few showers creep in by midday, sunny areas and some high cloud out east. 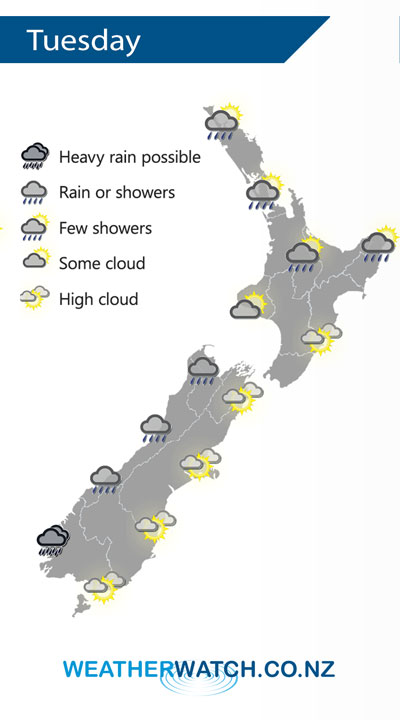