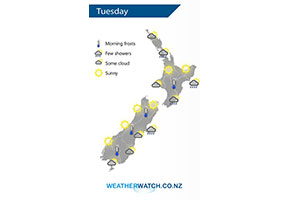 A cold southwesterly airflow eases further on Tuesday although it may still be fresh about eastern coastal areas in the morning. An anticyclone pushes in from the Tasman Sea covering most of New Zealand by afternoon.

Mainly sunny and or dry for western parts of the country on Tuesday, quite cold to start though especially for inland areas. The odd shower clears the Auckland region in the afternoon.

Morning cloud for Southland and Otago clears then mostly sunny, some cloud at times during the day for Canterbury with showers out on Banks Peninsula clearing during the afternoon. Showers about the Wairarapa and Mahia Peninsula ease during the day. 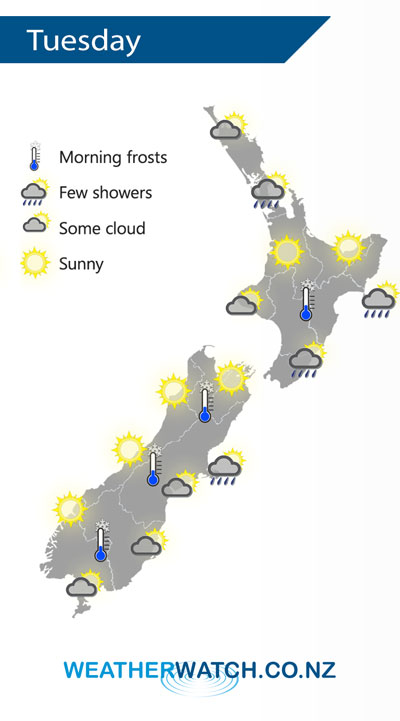