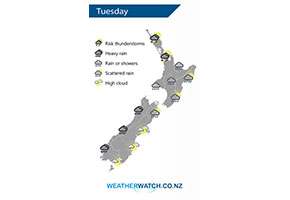 The flow tilts more northerly on Tuesday then changing northwesterly and finally westerly later in the day as a series of fronts moves through.

As a front sweeps down over the upper North Island in the morning / early afternoon there may be isolated heavy falls and thunderstorms then easing. Mainly dry about the lower western North Island then areas of rain develop in the afternoon, a similar story for the east coast with some morning sun likely before clouding over with scattered rain after midday.

Heavy rain for the South Island’s West Coast, mainly dry in the east with some high cloud although Nelson and Marlborough will likely see some rain. 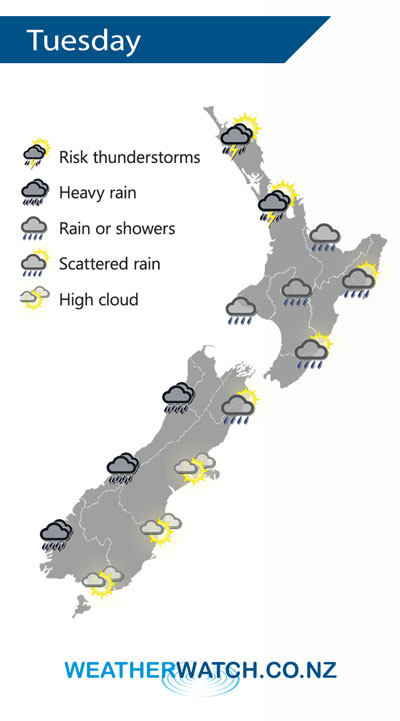