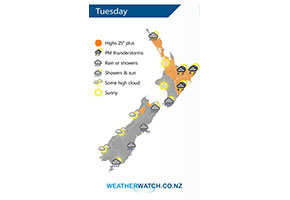 A weak area of low pressure covers the North Island on Tuesday with a chance of downpours, especially in the east with thunderstorms. Rain for the east of the South Island with cooler southerlies, drier in the west.

Tuesday sees rain for the east of the South Island as cool southerlies push northwards, drier in the west although just inland about the main divide some rain will push over from the east.

Another mainly dry morning for the North Island then showers develop in the afternoon especially about Northland, Bay Of Plenty and along the east coast. Showers in the east and about the Bay Of Plenty becoming heavy with a risk of thunderstorms which ease later in the evening. 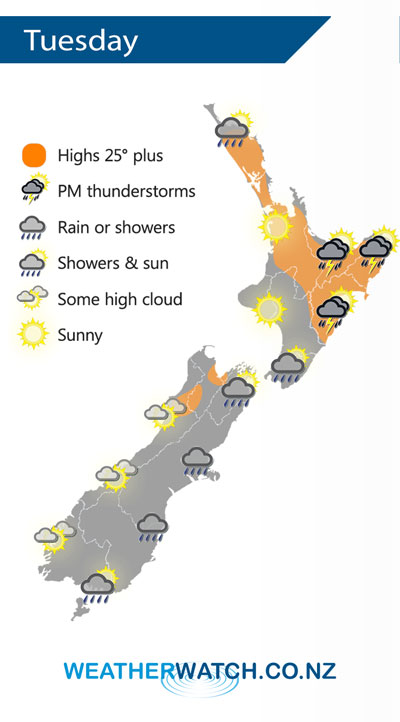