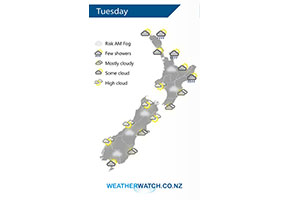 A large anticyclone controls New Zealand’s weather on Tuesday bringing mainly settled conditions, plenty of high cloud about though and areas of low cloud / fog morning and night. It is centred just out to the east so expect a northeasterly airflow over the country. Meanwhile a large area of low pressure brews in the Tasman Sea.

Cloud a little more frequent over the North Island on Tuesday especially in the east, a light shower or two may brush Gisborne, Coromandel, Great Barrier Island and eastern Northland at times. Low cloud or fog possible once again morning and night for inland areas.

The South Island has cloudy areas in the east, high cloud elsewhere with a risk of fog once again in the morning for inland areas. 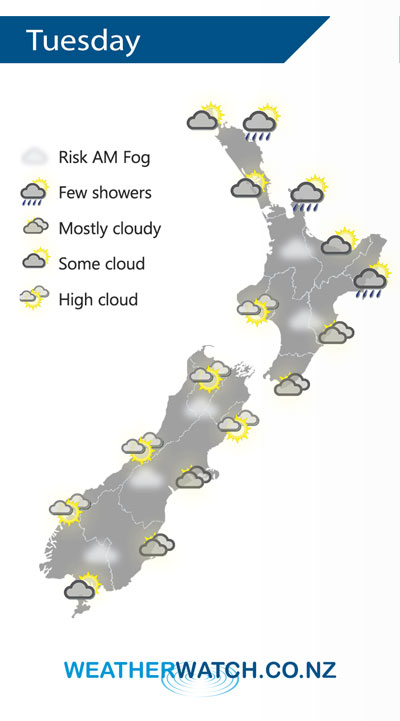