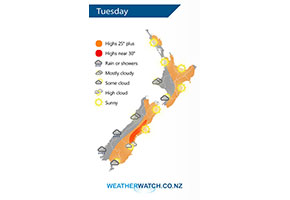 An anticyclone covers most of New Zealand on Tuesday, a west to northwesterly airflow lies over the South Island.

Mostly sunny for a majority of the North Island on Tuesday, expect some cloud in the west Taranki southwards however, perhaps breaking to some sun in the afternoon.

Mostly cloudy for the West Coast of the South Island, rain or showers for Fiordland. Mostly sunny for Nelson, Marlborough and Canterbury, Otago and Southland may see some cloud. 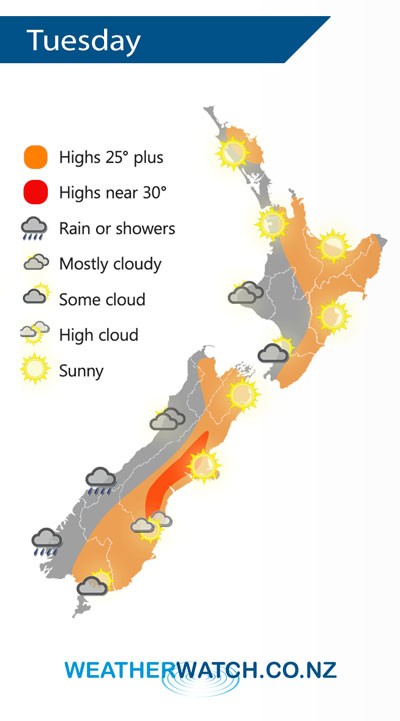