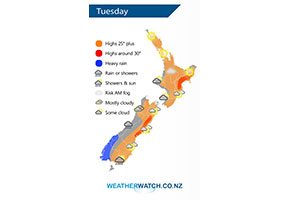 An anticyclone lies to the east of New Zealand on Tuesday casting a ridge of high pressure back over the North Island, northwesterlies build over the South Island with a cold front moving into Fiordland / Southland during the evening.

Mostly sunny for most North Island regions on Tuesday, some morning cloud is possible in the southwest. Also watch for the chance of some early low cloud or fog for inland areas.

Cloudy for the West Coast of the South Island with a few showers, rain about Fiordland becomes heavy from afternoon. The odd spit possible for Southland then rain moves in during the evening possibly heavy. 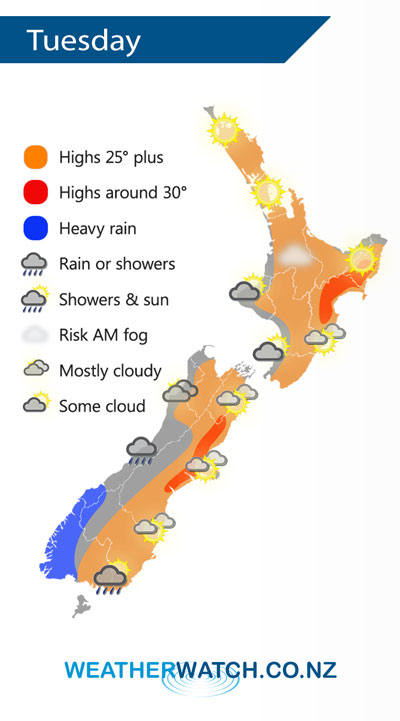