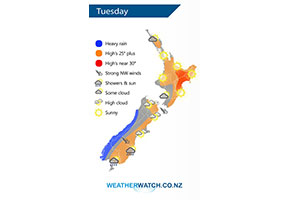 A ridge lies over the upper North Island on Tuesday, northwesterlies build elsewhere further south then a cool southerly change moves onto the lower South Island in the afternoon.

Rain with a chance of heavy falls pushes northwards along the West Coast of the South Island during the day, reaching North Westland late afternoon or evening. Mainly dry for the South Island’s east coast with high cloud, chance spot of rain. A southerly change moves into Southland and Otago during the afternoon bringing showers. Southerlies reach Canterbury later in the evening. 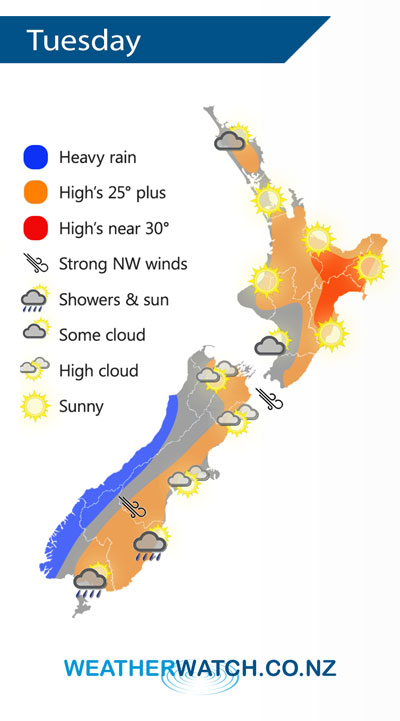