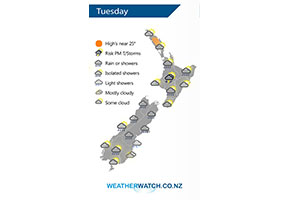 A low pressure system west of the South Island in the Tasman Sea and a high centre to the southeast drags in an easterly quarter airflow over most of the country on Tuesday.

A mostly cloudy day for a fair amount of the South Island, expect areas of patchy rain or showers, just Fiordland and Southland stay mainly dry. 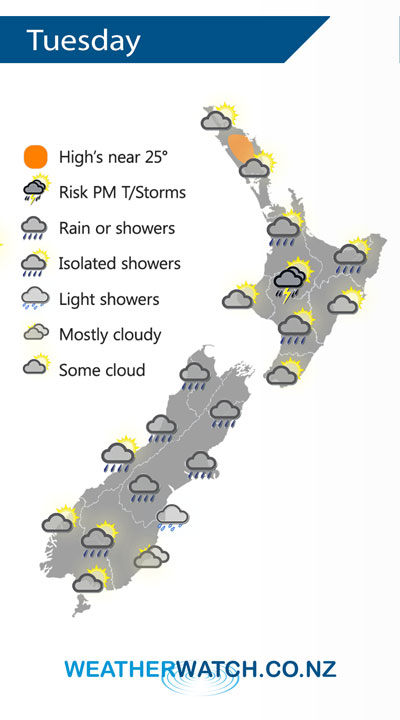