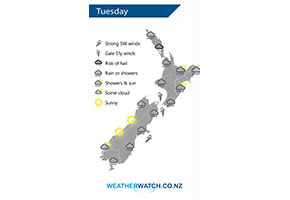 A cold southwesterly airflow lies over New Zealand on Tuesday as a low passes out to the east.

Showers for the western North Island on Tuesday, turning to rain in the afternoon Taranaki southwards then easing at night. Showers may be heavy with hail at times Auckland northwards. Rain about Wairarapa spreads northwards during the afternoon. Southerly winds rising to gale through Cook Strait from afternoon.

Rain for the eastern South Island easing to showers in the afternoon, clearing later in the evening / overnight for most then watch for frosts around dawn on Wednesday morning. Mostly sunny for the West Coast during the day, a few showers for Buller however. 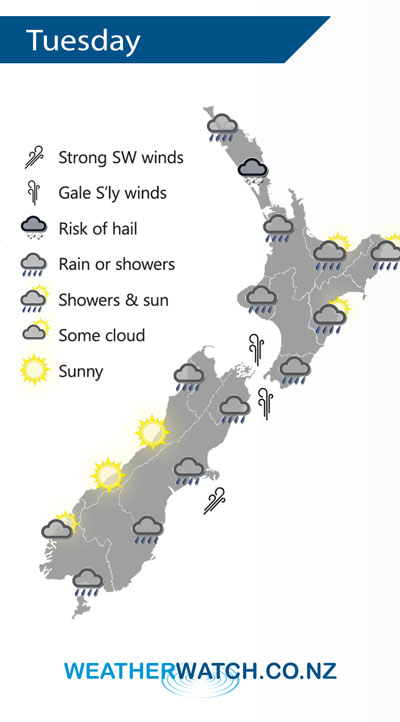