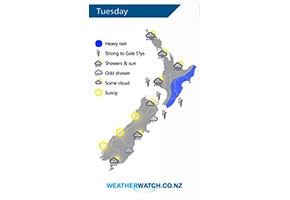 A cold southerly airflow lies over New Zealand on Tuesday, strong for the North Island then easing from evening.

Rain about the eastern North Island is heavy at times on Tuesday as a strong south to southeasterly airflow drives over the North Island during the day. Drier spells out west however still expect showers at times, especially afternoon.

The South Island has mostly cloudy skies in the east with the odd light shower or two, sunny along the West Coast. 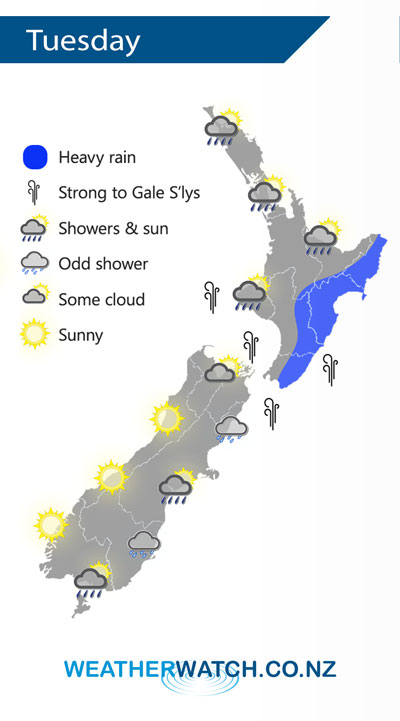