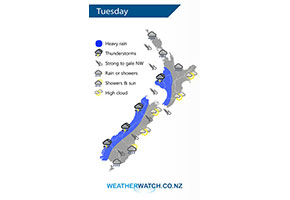 A front slowly moves northwards over the South Island during Tuesday reaching the lower North Island later in the evening. Winds quite strong from the northwest ahead of this front then changing cooler southwest in behind.

Heavy rain and thunderstorms push northwards along the West Coast of the South Island on Tuesday, reaching the lower / western North Island later in the evening. Drier in the east although expect strong to gale northwesterly winds to develop for many, a cold west to southwest changes pushes through Southland around midday then into Otago during the afternoon bringing some rain. This cold change reaches Canterbury in the evening. 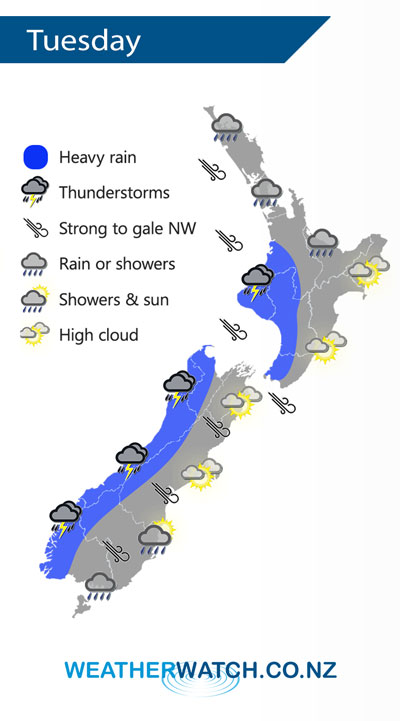