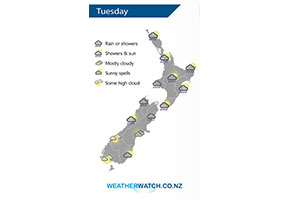 Northeasterlies for much of the country on Tuesday with a low in the Tasman Sea moving closer to the western side of the South Island later in the day.

A mix of showers and dry spells for most of the North Island on Tuesday, rain moves through Taranaki at times.

Some rain or showers for the upper South Island then progressively getting drier the further south you go. Rain may become heavy about the northwest Nelson ranges later in the day. 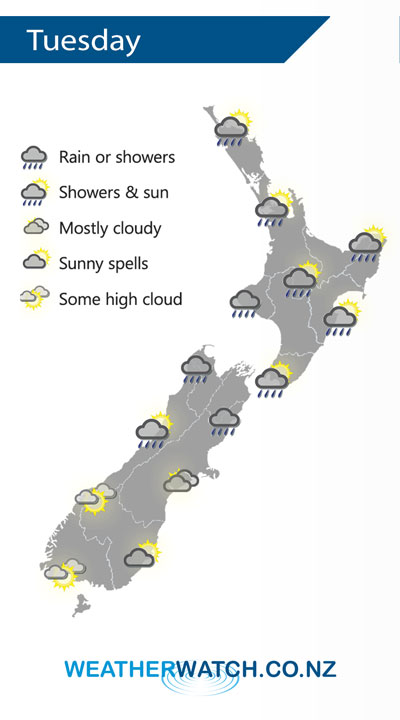