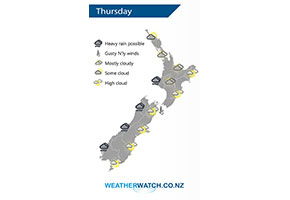 Northerlies lies over New Zealand today, tending northwest over the South Island this evening as a front moves in. This front pushes over the North Island on Friday, westerlies further south.

Dry for most of the North Island then some rain moves into Taranaki from afternoon, possibly becoming heavy in the evening. Dry out east with high cloud, northerlies gusty through Cook Strait. Rain for the South Island’s West Coast may be heavy at times, more so from afternoon. Mainly dry in the east with some high cloud, a small area of low pressure may form about Otago bringing the chance of showers late afternoon / evening. 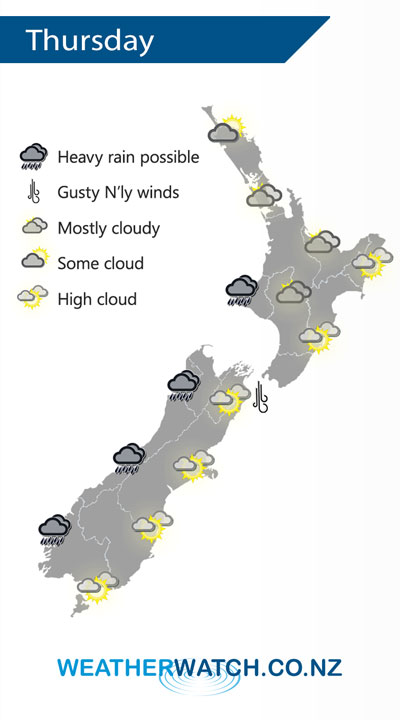 Morning rain for the western North Island on Friday then sunny areas increase from afternoon, some morning rain or showers for Hawkes Bay and Gisborne also then becoming mostly sunny after midday. The West Coast of the South Island has the odd shower at times during the day but many long dry periods also, mainly sunny in the east. 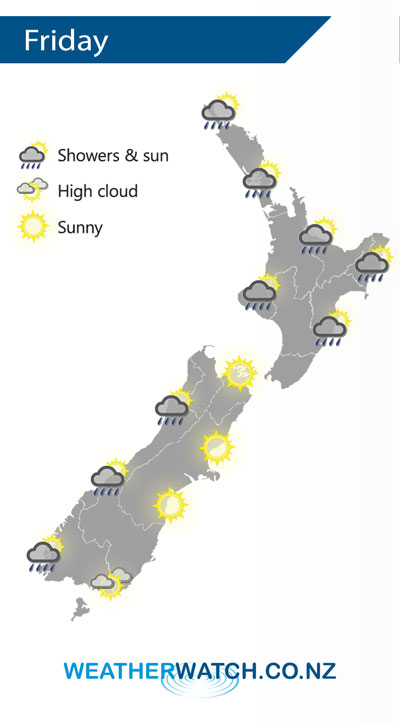