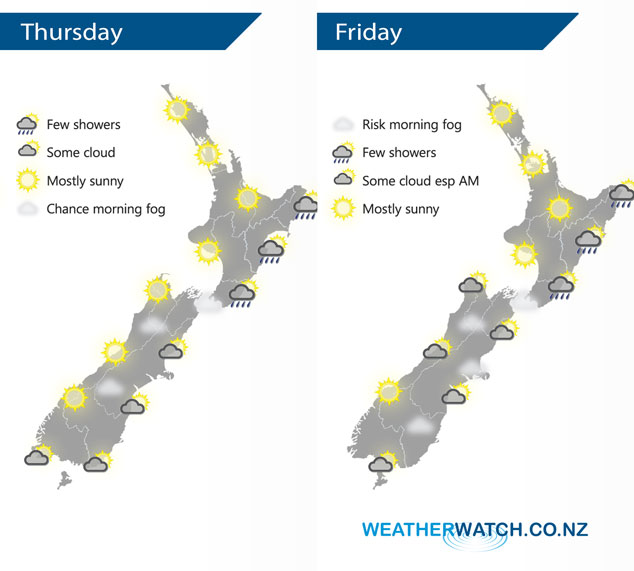 Mainly anticyclonic conditions for New Zealand today and on Friday.

Most of New Zealand has a good day today, a shower or two at times for the coastal fringe about the east coast of the North Island, mainly from afternoon. Some morning cloud about the eastern / southern South Island. And there may be a few early morning mist / fog patches about the inner South Island and Wellington.