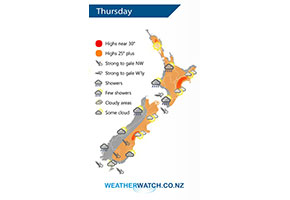 A strengthening westerly quarter airflow lies over New Zealand on Thursday, a weakening front within this flow pushes off the upper South Island in the morning then onto the western North Island from afternoon.

A period of showers spreads northwards along the west coast of the North Island on Thursday, only a few showers reaching Auckland later in the evening. Dry in the east with a touch of high cloud. 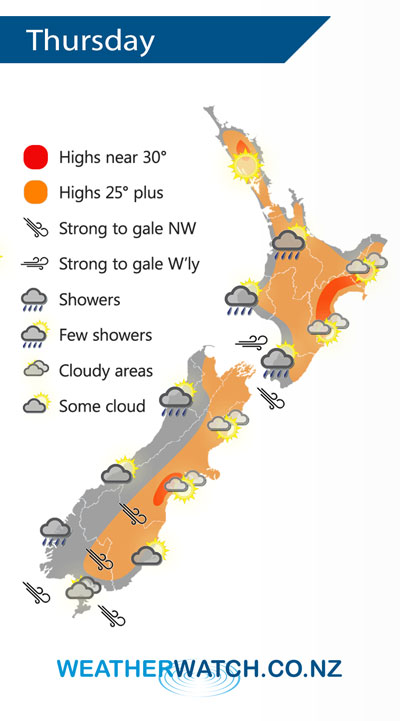