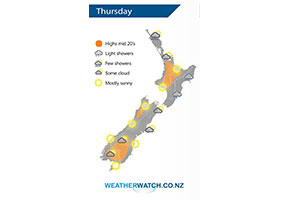 Mostly anticyclonic on Thursday for the South Island meanwhile a southeasterly airflow moving around this high pushes over the North Island.

A light shower or two continues along the east coast of the North Island, Auckland northwards has some cloud at times, chance of a shower for Northland. Mostly sunny elsewhere for the North Island.

The South Island is mostly sunny, some morning cloud in the east breaks away. Some cloud builds in the afternoon for inland areas mainly about the southern half of the Island. 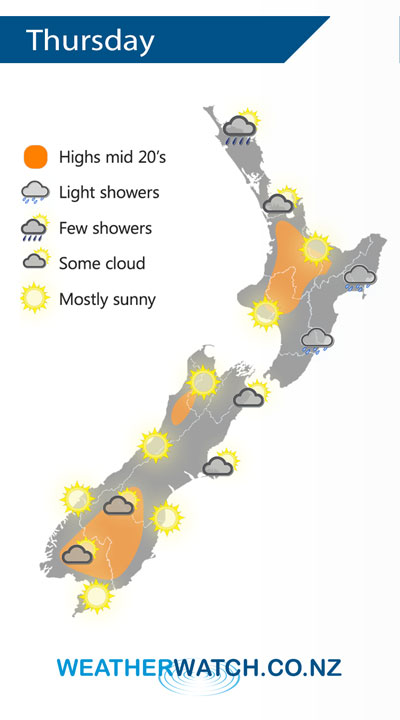