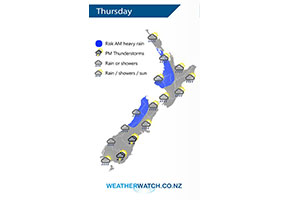 A cold front moves off the North Island away to the northeast on Thursday afternoon, meanwhile an area of low pressure moves onto the South Island bringing potentially unstable conditions in the southeast after midday.

Morning rain with a chance of heavy falls in the west for the North Island on Thursday then clearing with sunny areas developing, later in the evening showers move back in again. Morning high cloud along the east coast with some rain spreading from the west at times then becoming mostly sunny in the afternoon.

Early morning heavy rain eases about North Westland to showers, showers elsewhere along the West Coast then rain moves in again during the afternoon. The east coast is largely dry although the odd shower is possible, morning showers about Canterbury then clearing away. During the afternoon showers become heavy with a risk of thunder / hail from Southland through to South Canterbury in the east then clearing at night. 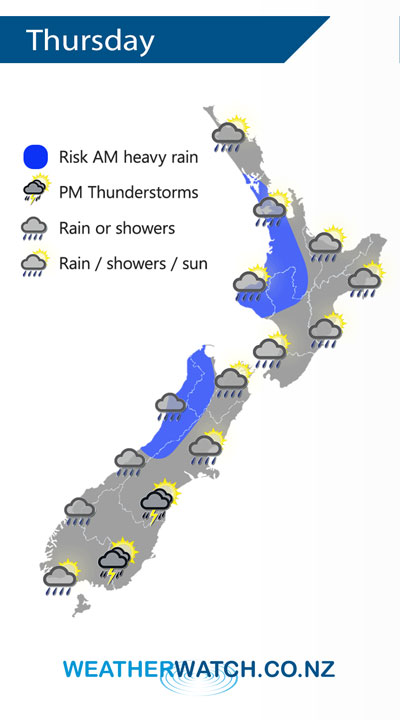