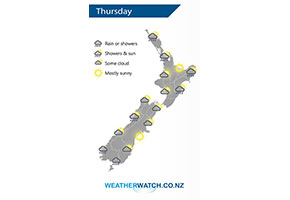 A cold front pushes northwards over the North Island during Thursday however it weakens as it does. A westerly airflow builds over the South Island.

A few showers about the eastern and upper North Island clear on Thursday morning then sunny areas increase, winds from the south or southwest, tending easterly in the afternoon along the east coast.

A few showers about Fiordland, gradually spreading northwards along the West Coast later in the afternoon or evening. Morning cloud for Nelson and Marlborough then becoming mostly sunny. Canterbury has a mainly sunny day, light winds tend easterly in the afternoon. Showers for Southland with brisk to strong westerly winds, some rain possible for a time in the evening. Otago has sunny areas and increasing high cloud, a few spits or showers later in the day with westerlies tending southwest (becoming strong about the coast in the evening). 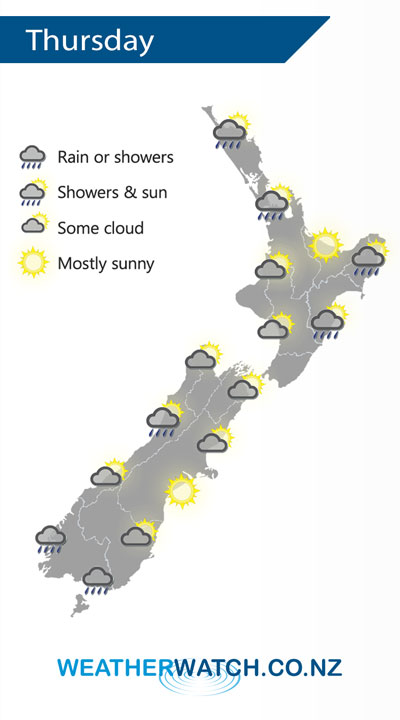