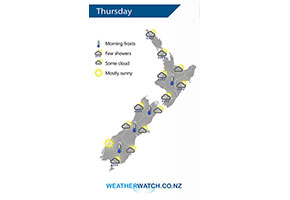 A moderate southwesterly airflow lies over the country on Thursday.

Cloudy areas and the odd shower for the western North Island on Thursday, the Bay Of Plenty has a mainly sunny morning then cloud increases. Dry with some sun about Hawkes Bay and Gisborne, a shower or two may move in by late afternoon. 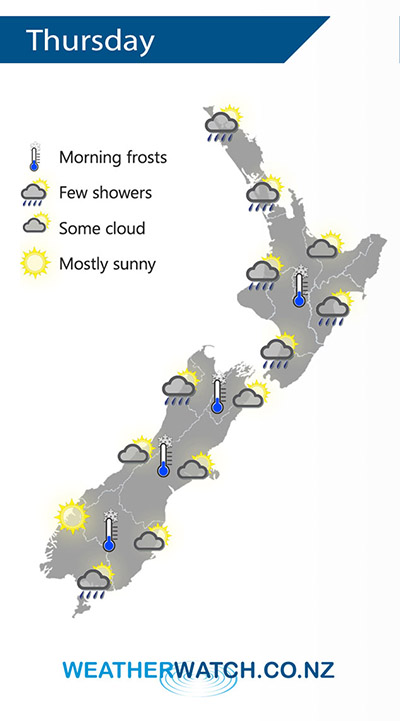