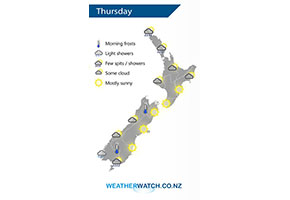 Expect a mix of sun and cloud for most upper North Island regions on Thursday, a few showers are possible also especially north of Auckland. The lower North Island has a mostly sunny day.

Mostly sunny for the east and north of the South Island, some cloud at times in the west. A shower or spit moves into Fiordland and perhaps Southland at times. 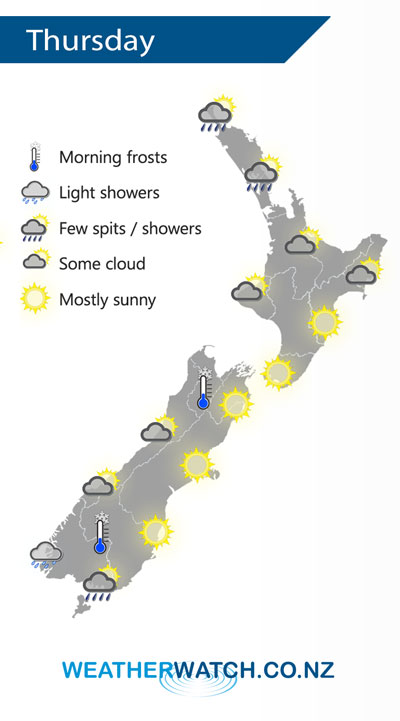