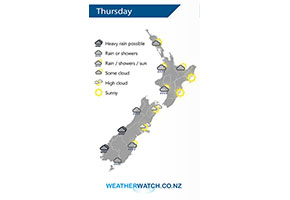 A few showers Auckland southwards for the west of the North Island on Thursday, mostly sunny along the east coast with warm temperatures in the afternoon.

Rain with a chance of heavy falls pushes northwards along the West Coast of the South Island during the day. Dry in the east to start, rain moves through Southland and Otago in the morning with a southwest change, showers reaching South Canterbury mid afternoon then North Canterbury late afternoon. 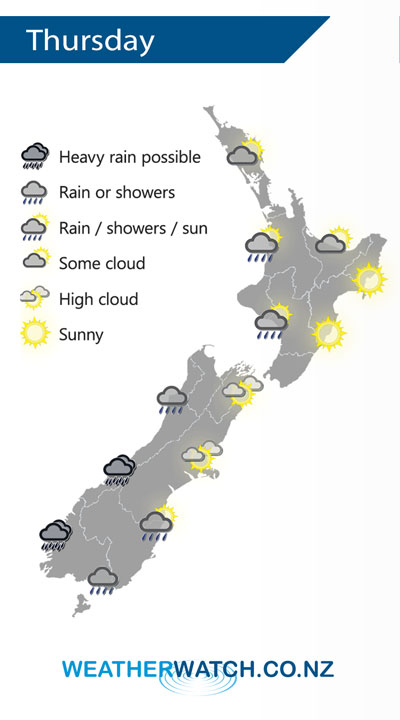