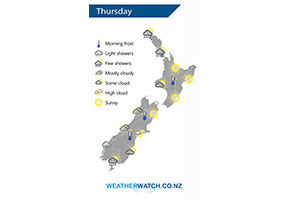 A southwesterly airflow lies over New Zealand on Thursday, moving around a large high situated to the west in the Tasman Sea.

Mostly cloudy for the West Coast of the South Island, a light shower or two for Fiordland. Mostly sunny along the east coast, perhaps some high cloud, some mid level cloud for coastal Otago. Southland has cloudy periods and the odd shower. 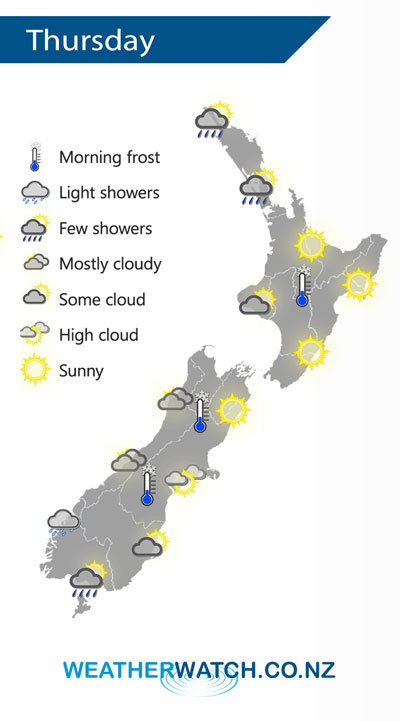