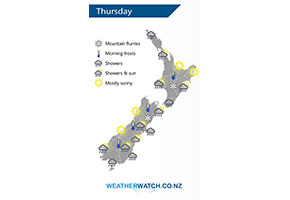 Cold southwesterlies lie over the country on Thursday.

Showers about Northland ease in the evening on Thursday, morning showers for Auckland then sunny spells develop. Showers for Taranaki in the west down to Wellington then up the east coast through to about Mahia Peninsula, shower activity most intense for Wellington and Wairarapa. Snow flurries to 500m about the Central Plateau.

A sunny day for the West Coast of the South Island and Nelson / Marlborough. The interior of the eastern South Island may see a few early showers then dry with sunny spells, North Canterbury and Banks Peninsula sees showers gradually ease then mostly clearing in the evening, snow flurries to 400m and lifting during the day. A few showers pepper the far south for most of the day, snow flurries stick above 500 to 600m. 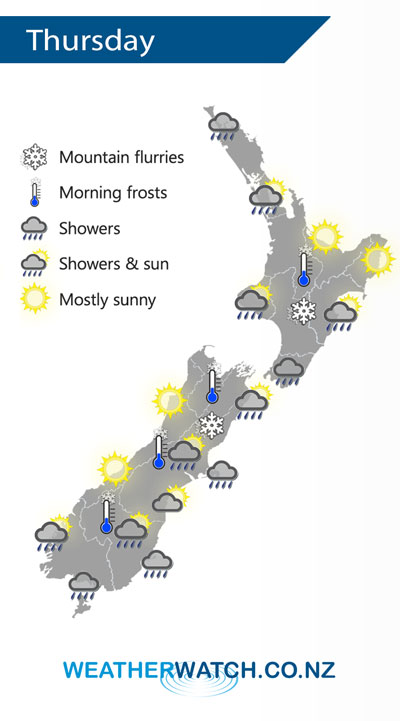