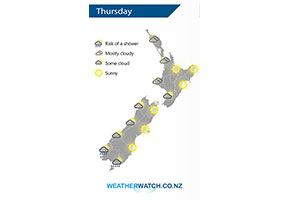 Conditions start to improve on Thursday as an anticyclone muscles in more, still quite cloudy for the western North Island though but some sun may develop in the afternoon.

Cloudy areas for the western North Island on Thursday, some sun may start to make more of an appearance from afternoon however. Chance of a shower or two at times in the west also otherwise mainly dry conditions prevail. Mainly sunny conditions for eastern New Zealand.

The West Coast of the South Island has mainly sunny weather after any morning cloud / showers clear. A shower or two in the morning for the lower South Island also then sunny areas increase. 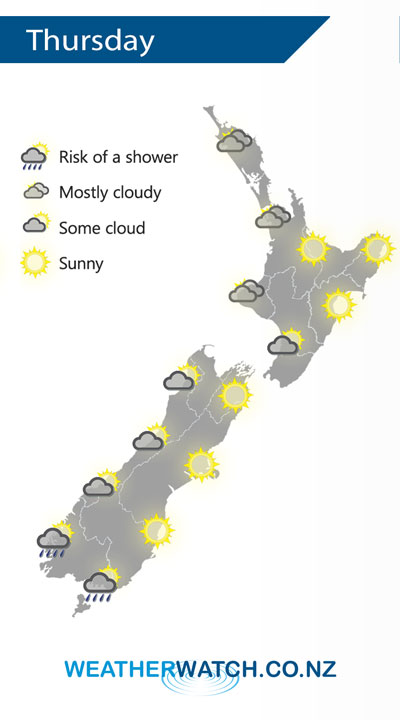