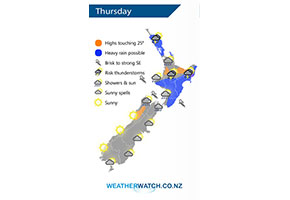 A low and combined southeasterly airflow brings unsettled weather to the North Island on Thursday, calmer for the South Island although areas of cloud persist in the east at times.

A mix of showers, heavy rain and possible thunderstorms for the North Island on Thursday. Southeasterly winds will be strong about southwestern regions especially near the coast.

The South Island is a bit calmer however areas of cloud still hang around along the east coast, a few showers for Nelson and Marlborough at times also. Sunny for the West Coast. 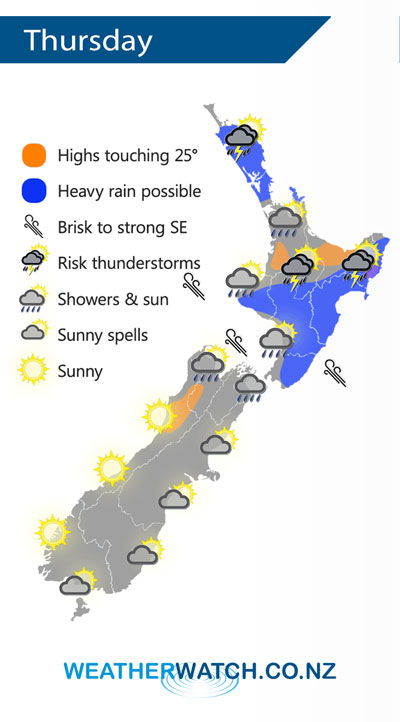