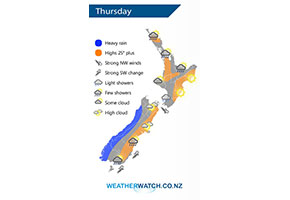 A northwesterly airflow lies over New Zealand on Thursday with a cold front pushing onto the lower South Island around midday, reaching the top of the South Island just after midnight.

Mostly sunny to start for the upper North Island on Thursday, a few isolated showers may push in during the afternoon however from Northland through to Bay Of Plenty. Mainly sunny in the east, some cloud in the west with the chance of a light shower or two about Kapiti.

Heavy rain pushes northwards along the West Coast of the South Island from afternoon, dry and warm in the east however a cold southwest change pushes into Southland and Otago during the afternoon reaching Banks Peninsula in the evening bringing rain or showers. 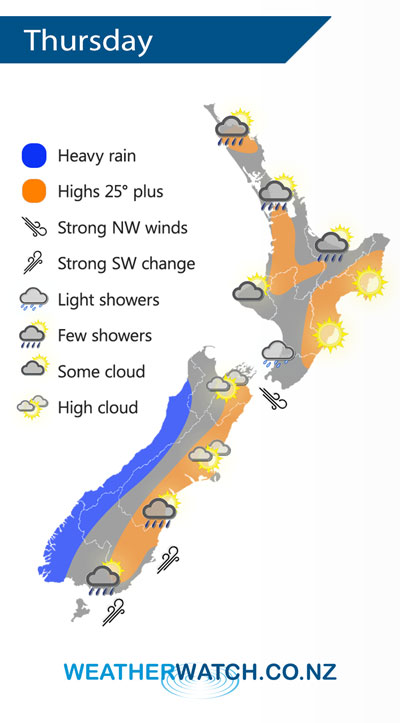