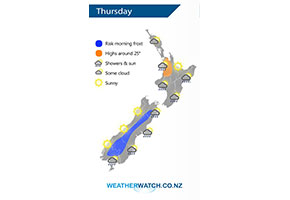 A ridge pushes onto the South Island on Thursday extending out from an anticyclone in the Tasman Sea, southerly quarter winds further north ease later in the day.

A mix of sun and cloud for the upper North Island on Thursday, there could be a shower or two in the west in the morning. Showers for the eastern North Island ease from afternoon, some sun then breaks through.

A few showers for the eastern and southern South Island clear away by midday then sun increases, mostly sunny for the West Coast. There may even be a light morning frost to start the day for inland areas. 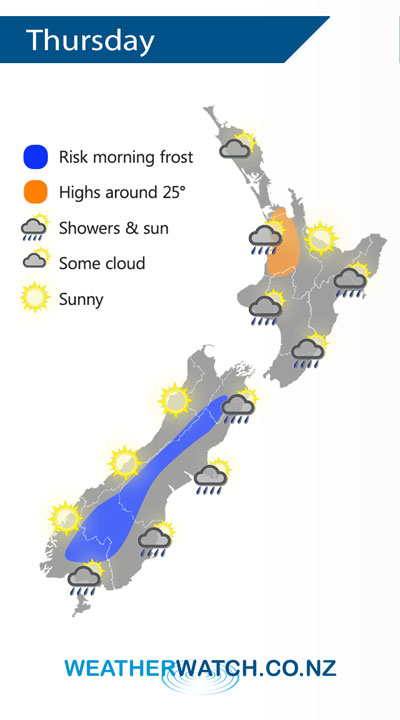