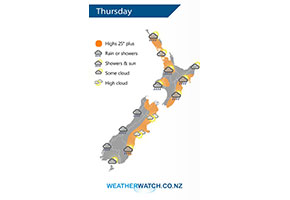 A ridge hangs over New Zealand on Thursday however not all is settled, high moisture may lead to afternoon heavy showers about central North Island regions and a frontal feature over the South Island brings some rain in the west.

Showers and sunny spells for most North Island regions on Thursday, showers may become heavy during the afternoon for some inland areas then easing in the evening.

Rain or showers for the West Coast of the South Island for much of the day, mainly dry elsewhere however there may be an isolated shower or two about Otago in the afternoon. 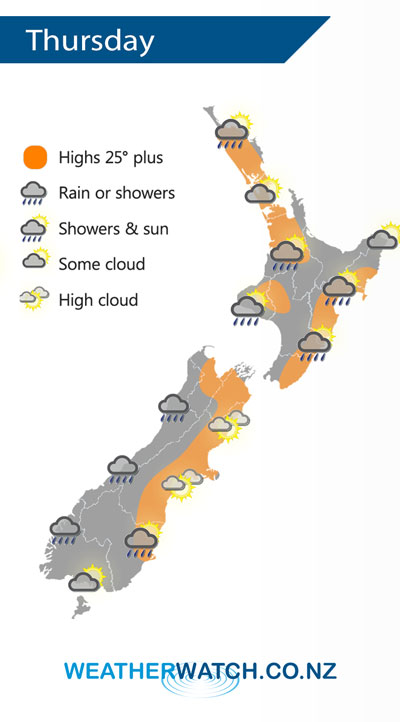