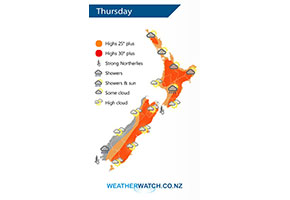 A large anticyclone starts to shunt eastwards on Thursday letting in a north to northwesterly airflow over the South Island. 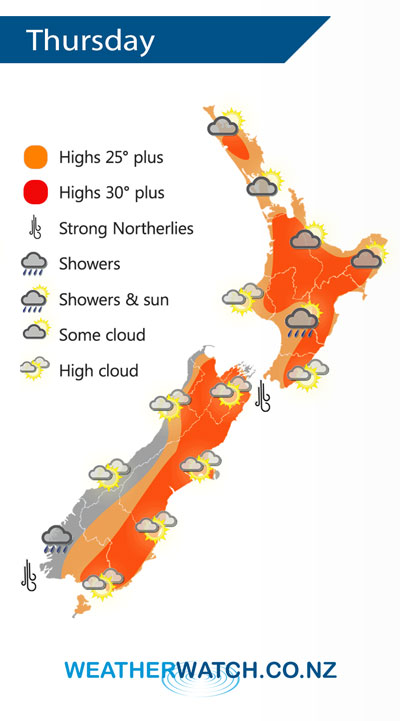