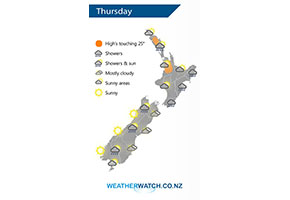 A slack pressure gradient lies over New Zealand on Thursday, still fairly cloudy but some sun about in the afternoon for various regions. More details below…….

Occasional showers continue for the eastern North Island on Thursday, a mix of sun and cloud elsewhere however an isolated shower may crop up in the afternoon just north of Auckland.

Morning cloud for the east of the South Island then breaking to some sun in the afternoon, mostly sunny along the West Coast. Isolated showers may develop about the main divide late afternoon / evening otherwise mainly dry. 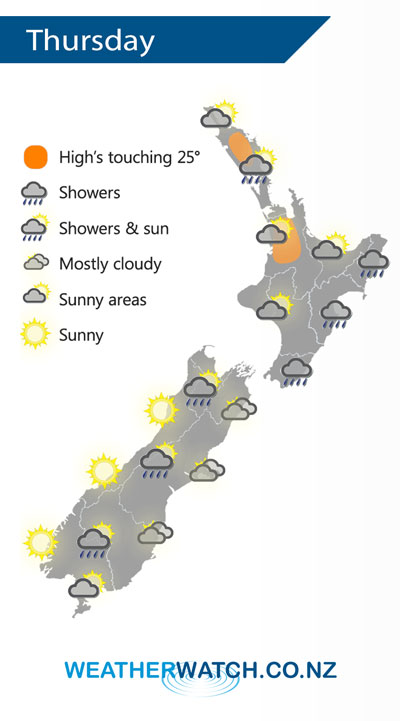