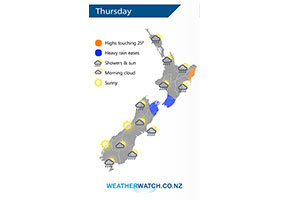 A low moves over the North Island on Thursday while southwesterlies ease further south.

Most North Island regions will see showers on Thursday, easing during the afternoon in the west and sunny areas then developing. In the east conditions are dry at first then showers push northwards with a southwest change. Early rain about central New Zealand which may be heavy eases.

Morning showers about the lower South Island and some eastern coastal areas clears then drying out in the afternoon, a shower or two may linger about outer parts of Banks Peninsula till evening. Sunnier conditions during the day along the West Coast. Morning cloud for inland areas breaks away. 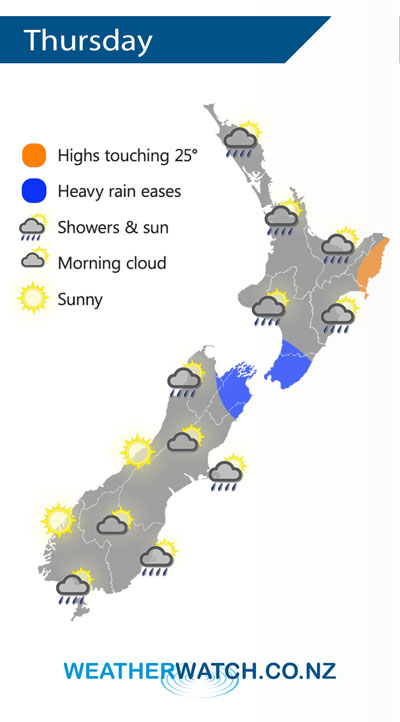