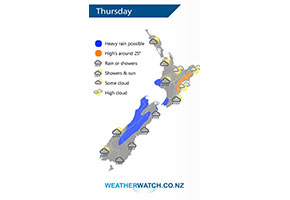 A front bringing in a cool change and some rain pushes northwards over the South Island during Thursday, reaching the lower North Island in the evening.

Dry for the upper North Island on Thursday, cloud increases during the day with northwesterly winds. Mostly cloudy for the lower western North Island, chance of a shower then rain moves in later in the evening / overnight with the chance of heavy falls. Mostly sunny in the east, rain moves into the Wairarapa in the evening then northwards overnight.

A wet day for a majority of the South Island, some heavy rain too for a time, mainly about the main divide and along the West Coast. Nelson and Marlborough is mainly dry till late afternoon / evening then rain moves in. 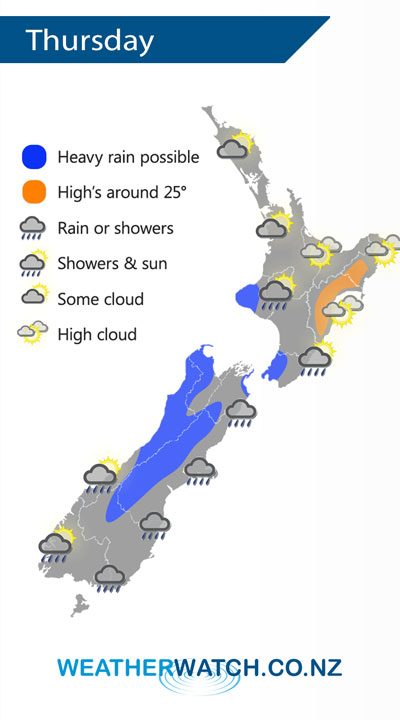