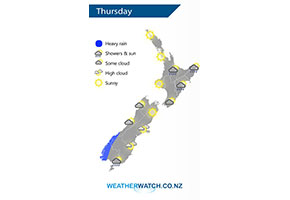 A slack pressure gradient may bring isolated showers late afternoon / evening for some inland parts of the North Island on Thursday, showers clear away in the east. Mainly dry for a majority of the South Island with a front hovering over the lower South Island during the day.

Mostly sunny for the upper North Island on Thursday, isolated showers may develop late afternoon / evening however about Waikato and Bay Of Plenty. Light winds tend southwest in the afternoon. Showers in the east clear with some sun breaking through from afternoon. 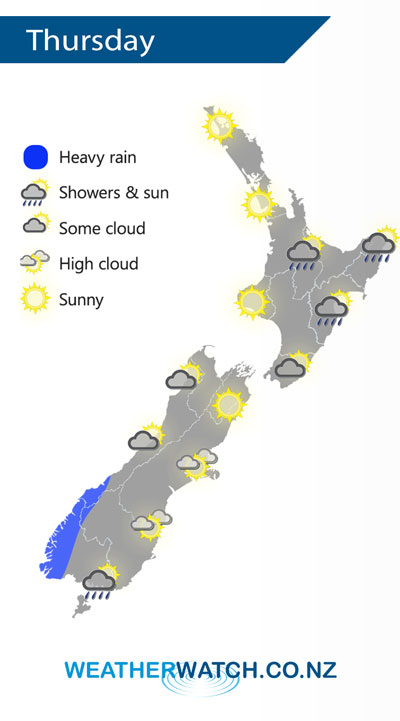