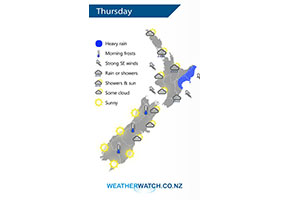 Anticyclonic conditions brings mainly settled weather for the South Island on Thursday, southeasterlies for the North Island bring rain in the east and the chance of a shower out west.

Cloudy for the eastern North Island on Thursday, expect rain with heavy falls possible at times about Hawkes Bay and Gisborne. Mainly dry out west however there may still be a shower or two.

The South Island is sunnier overall with some cloud about coastal Canterbury / Marlborough. Morning frosts for inner South Island. 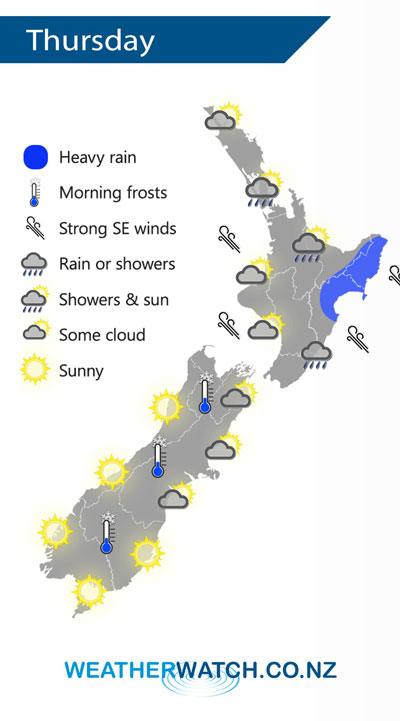