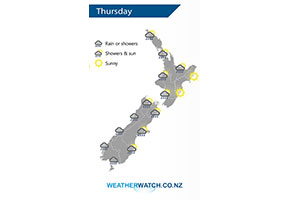 A mainly dry morning for the upper North Island on Thursday then a few showers move in during the afternoon, showers and sunny spells for the lower North Island in the west clear by evening. A mainly sunny day along the east coast.

Morning rain for the West Coast of the South Island eases to showers, morning spots of rain in the east clear then becoming mostly sunny in the afternoon. 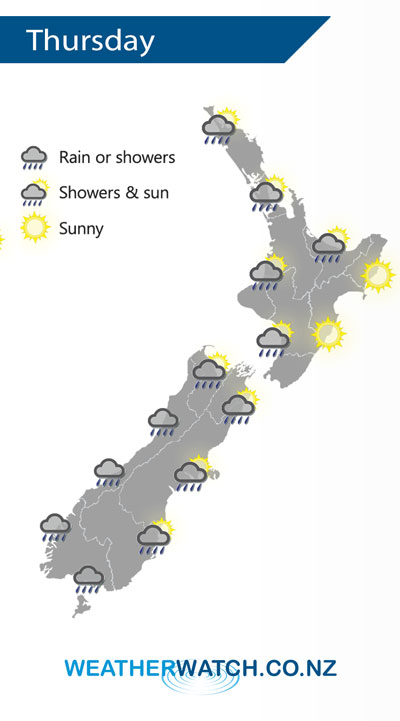