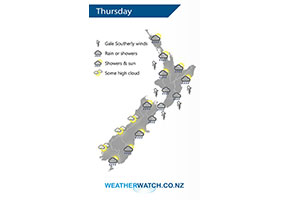 A large high sits in the Tasman Sea on Thursday directing a southwesterly airflow over New Zealand, a warm front pushes northwards over the country during the day.

A shower or two for the upper North Island on Thursday, many long dry areas also especially in the east. Showers more prevalent for the lower North Island, a period of rain moves through around midday then eases in the evening. Rain may not move into Hawkes Bay and Gisborne till evening. Some snow about the Central Plateau down to 500m for a time.

Southerlies about the lower North Island build from afternoon, rising to gale about some coastal areas.

Mostly sunny along the West Coast of the South Island, just some high cloud. In the east expect a period of rain to push northwards during the morning for Canterbury and Marlborough then easing late afternoon, just a shower or two expected about Southland and Otago. 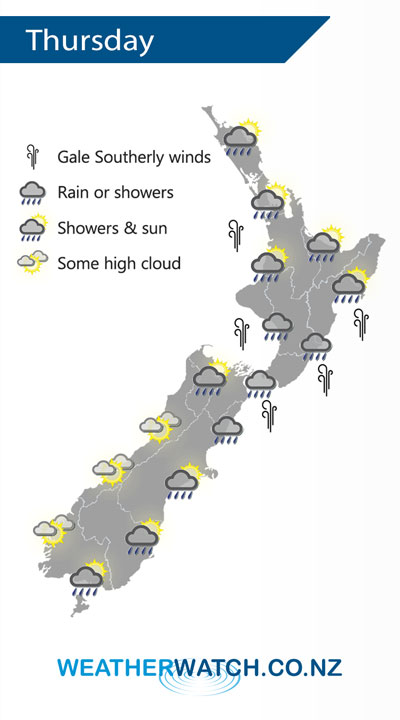